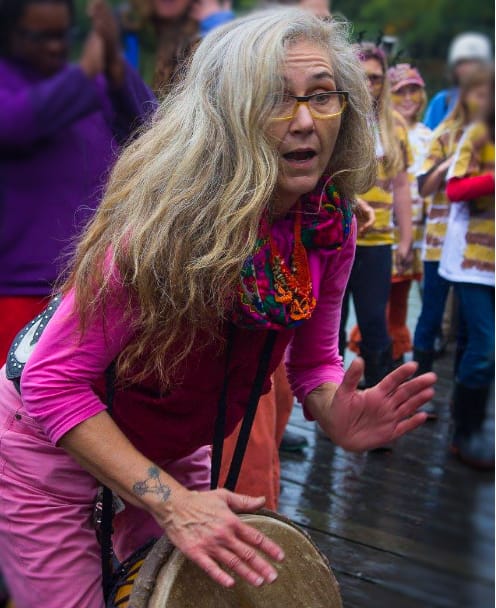 I am a woman who was lucky enough to meet Babatunde Olatunji and other men who would teach me how to play the drum in the late 80’s. Since then i have followed the path of the drum, supporting women by sharing songs, rhythms and supportive lineages with Earth Drum Council, The Sacred All Night Fire Circle, Full Moon Drum and Dance Circles (CoSM/NYC) SoulFire Circles and Turtle Women Rising. I have been blessed to travel the WErld playing music for Peace Vigils, Planetary Prayer Circles of Indigenous Grandmother Councils and Modern Elders. I am a Ceremonial Musician who puts into practice what I have been shown about what it means to Praise Life with the drum, song, movement, prayer and collective art by exploring, expanding and embodying trance formational aspects of community and poly-rhythmic music.

Mz. imani has been playing the drum since 1986, when she was inspired by the passion, spirit, and presence of Babatunde Olatunji. Since that time, she has been the vehicle for many to find the drummer that lives within their soul. Working with Olatunji’s language of the drum, West African rhythms and original works, Mz. imani brings a special magic to any group that wants to experience the pure joy of allowing the inner spirit of our collective capacity to find its voice. 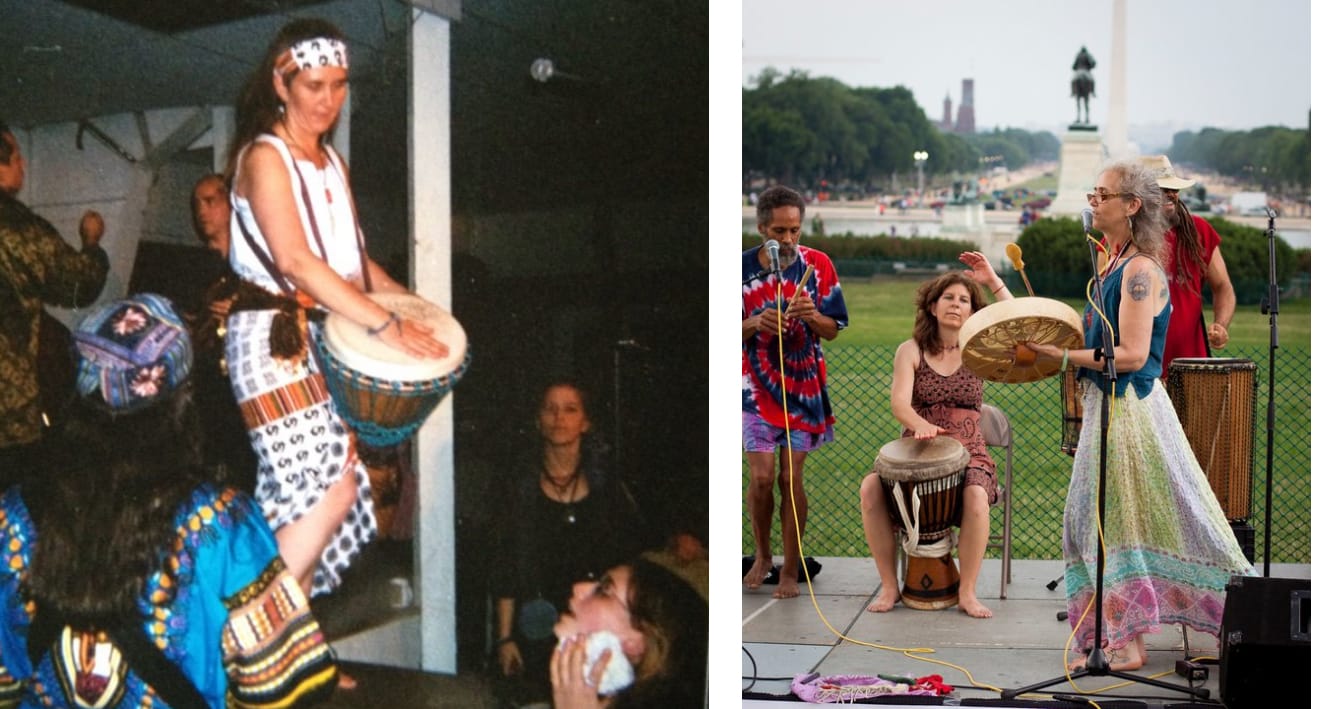 Before discovering the drum, Mz. imani was a professional massage therapist. Her interest in transformational healing to help her heal neck injuries + brain injuries, led her on a deep dive and proACTive exploration of the dynamic powers of spirit + humanities capacity to pARTicipate with the vital life force thru music, drumming, ritual, all night drum + dance ceremonies of sonic + dance alchemy – that were made available by circumambulating a sacred fire, from midnight to dawn. The consistency of “shamanic or primary mystical experiences” guided her life. Shamanism – as it related to healing her human, ancient, and star nature spirit, became one way she understood her personal and our collective gifts of “Trance Formation”.

Mz. imani is a respected instigator + older, within the WErld Wide modern ceremonial all night fire circle community, called The Family of Fire. Mz. imani stARTed playing drums in 1987, at a thyme when it was unusual for women (never mind a white women) to have access to the drum. There were few teachers who would take on women as students, and many who caught negative energy for supporting women in learning + discovering what the woman’s way is, with the drum.

Babatunde Olatunji opened that door to me, and so many other women, children, elders, and teens. Millions of People + Women of all colors, from Harlem to Omega to New Year’s Eve Shows with the Grateful Dead, to his Yoruba community, both here + at home, he was a bridge builder + called to the Arts to be a voice for his people and his culture. His visions included the WErld Knowing Peace When There was a Drum in Every Household.

I always assumed that he shared, invited and nudged a handful of ones like me, and yes thyme has shown that to be a consistent experience with the other woman drummers i have met over the years, who studied with him. All this to say that, i am grateful + honored to be a pART of His Legacy to continue his WErk to help the WErld Know Peace. He always said, “What Matters IS Peace.” and in my life, he lived that, and i was empowered + encouraged. His care, changed my life, and when he asked me to continue this WErk to Drum, Dance + Pray for Peace, i said Yes Baba, i will.” 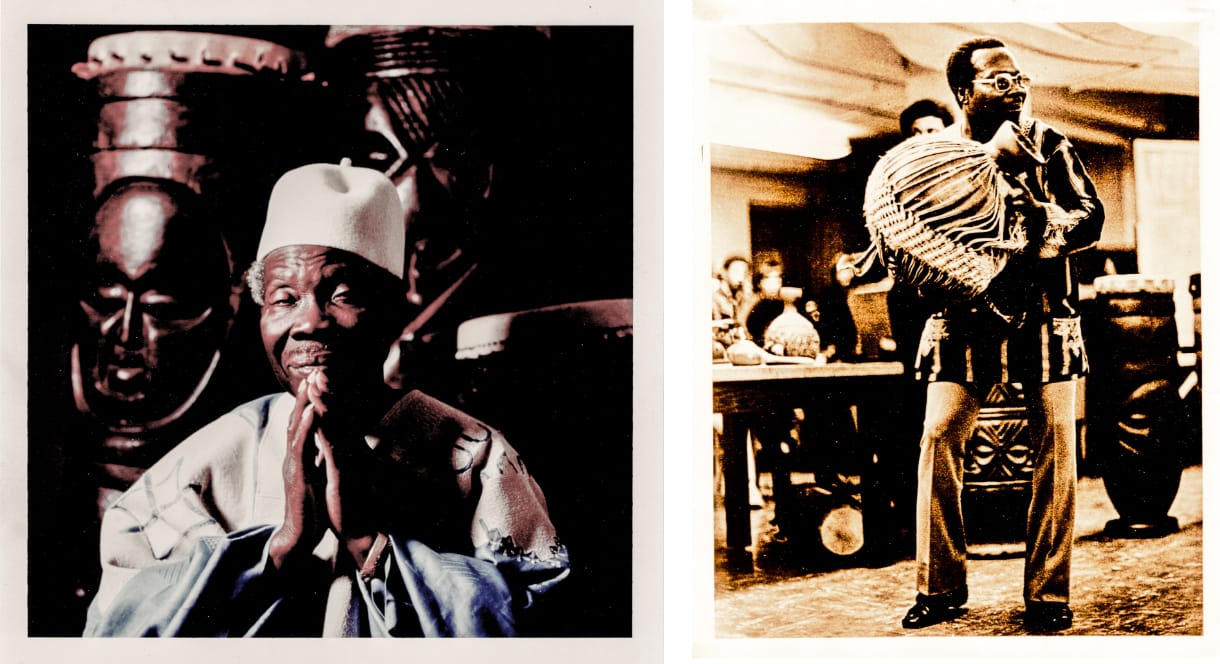 As her first drum teachers, Babatunde Olatunji and Darrell Rose, saw something in her, and she kept showing up. She was blessed to walk closely with Olatunji for many, many years eventually organizing some workshops for him in Asheville, NC. She was invited to play on stage over the years in several places including an Arts in the Park series in Central Park, an African Culture Festival in Harlem, Omega Institute + Starwood Festival. She supported the culture of learning how to play by bringing drums to his workshops in the US and Canada + personally she cooked food for him one New Years Day, and he dubbed the collard greens, “Rightous Greens”. (The compliment was received + the name stuck!)

Darrell Rose took Mz. imani under his wing and really protected and trained her to how to be a “steady player”. Mz. imani is dyslexic, so this took some time. Mz. imani would not be who she is now, without Darrel + the Nashville Drum + Dance Community Huge gratitude to Darrell for being such a stable place to begin becoming a woman drummer.

Mz. imani met Darrell at Baba’s WErkshop in Madison County, NC. She asked him to take her on as a student, and she kept asking. Before she knew it, she was traveling to Nashville Tenn to study and train with him + the drum and dance community. 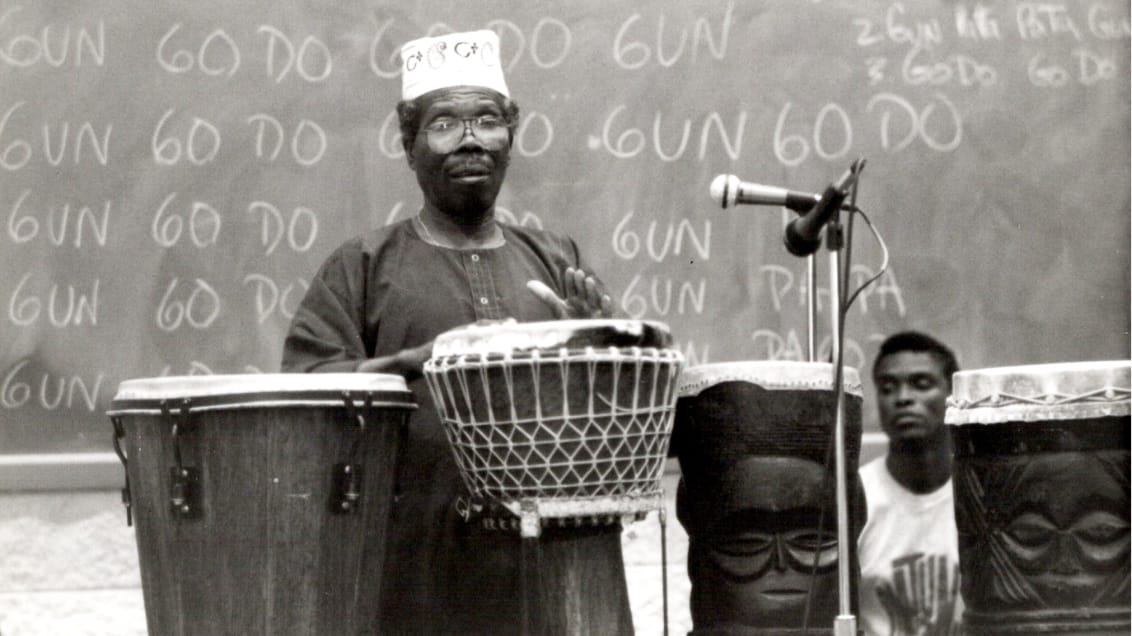 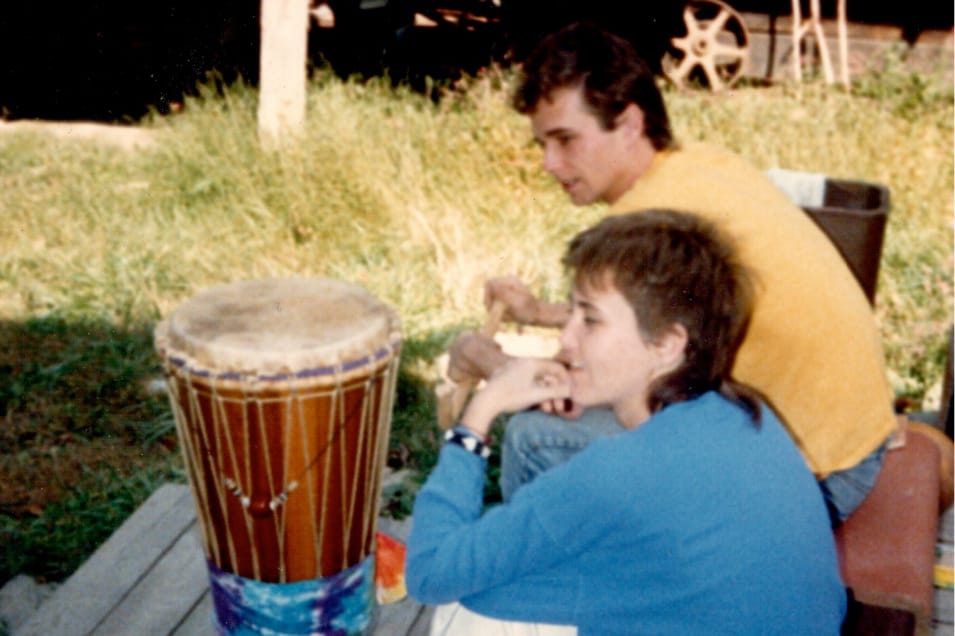 In 1988, with Olatunji’s blesSINGs, she co-founded (with Dean Buchanan) Rhythm Alive!, a drum making company and performance ensemble. At this thyme, Mz. imani stARTed catching a lot of music. She volunteered her time playing for children with special needs, taught women’s drum classes and saw first hand the healing power of the drum. Through these early experiences Mz. imani (then mARTha) was consistently shown the impact of the drum, and this changed her life!

With hindsight, Mz. imani can see that by choosing to bring the drum to the children and the women, she was sustainably helping to raise the free-quency and root the rhythms of life more deeply in the children.  In these early years he found a way to plant seeds that can influence society, as the women nourish  the children, and the children are the change makers. Rather than get frustrated, by society, she got active.

Babatunde Olatunji, Darrell Rose, Joe Roberts, GM Flordemayo, Eli PaintedCrow and many others opened the door for women to come to the drum. As a way to pay forward what was shared with her, Mz. imani WErked within the South Carolina Arts Council Artist in Residence program from 1992-1995. 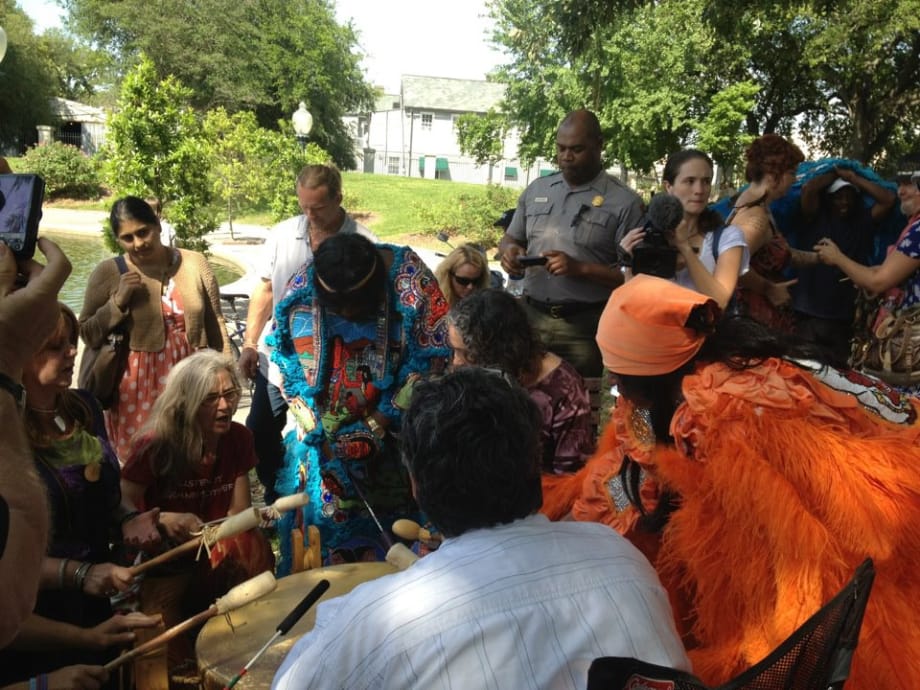 In 1990, having met Jimi Two Feathers, Mz. imani was invited to facilitate within the Earth Drum Council community in Massachusetts. They were looking for a woman drum teacher, as the women in the Boston area were being disregarded when they showed up to learn to play the drum. In the EDC community gatherings were organized and co-created where sacred space was held to explore what it means to be a woman drummer, dancer or ceremonial musician, as modern people in a modern community that celebrates the Ancient Arts. This is where all the seeds planted in Mz. imani’s soul germinated, and she moved to Massachusetts in 1994 to work more closely with the Two Feathers and Earth Drum Council.

Mz. imani facilitated the Full Moon Drum + Dance at CoSM (NYC 2004-7) and monthly drum and dance of SoulFire Inside (DC 2004-6). She has been a guest musician and facilitator at many conferences, convergences and ceremonies in the US, leaning into the drum and her voice to help weave a collaborative space of celebration.

As a longstanding member of Turtle Women Rising, Mz. imani helped organize and support the TWR Vigils for Peace in Washington DC (2008, 2010) and New Orleans (2012), where she met the Grandmothers Council. Mz. imani traveled the WErld as a ceremonial musician and personal assistant to the grandmother’s council and has walked with herbalists and conservationists, bringing her sonic blesSINGs to the edges of the wild and the heART center of this global ceremony we are in service to. 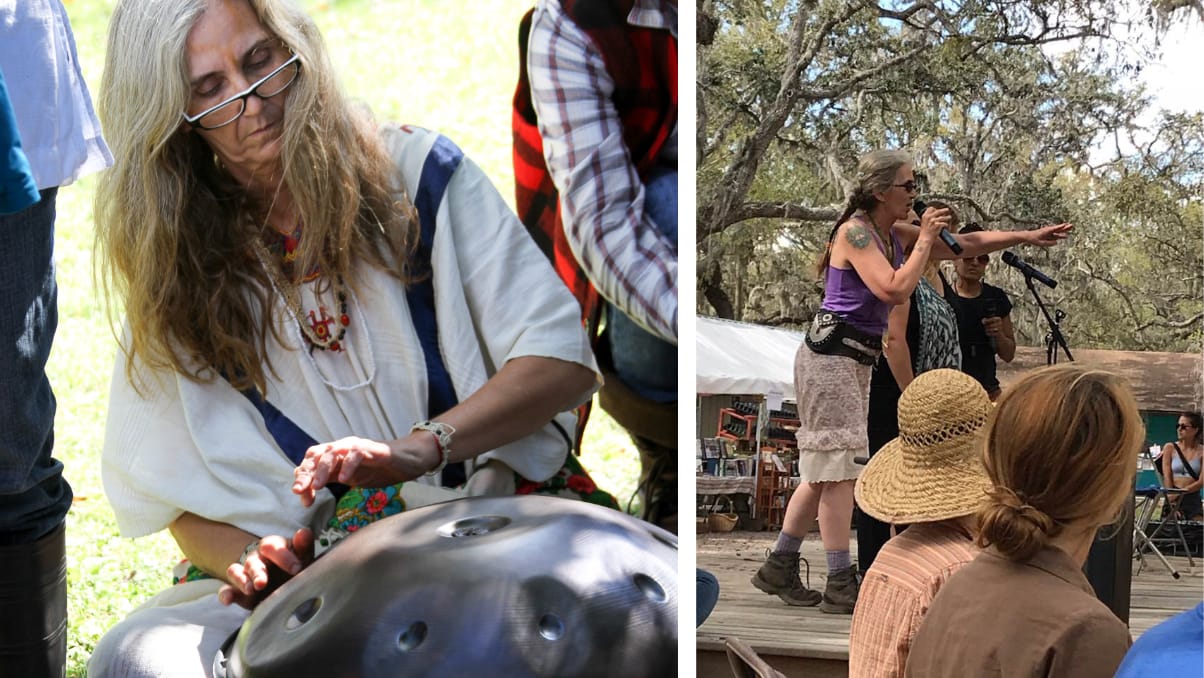 In 2013, Mz. imani returned to Western North Carolina, as the mountains called her home. Through dreams and synchronicity she was guided to settle her roots into this land, which is the home place of the Cherokee people. This is the land where she found sanctuary as a child, the land where her children were born, and the land where she was first given the drum and the sacred fire by Babatunde Olatunji, in 1986.

Mz. imani resides in Swannanoa, NC and is the curator and land keeper for SoulFire Sanctuary, home to the 18th Peace Chamber. Since 2014 she has been renovating the chamber to welcome people back to nature to drum, dance, sing and pray for peace.

In 2017, by her fathers request., Geraldine Rael, accepted leadership to care for her fathers legacy. To learn more about Joseph and Geraline Rael, please visit www.geraldinerael.com

When the pandemic arose in 2020, Mz. imani leaned into online communities of the Web of Love and Good of the Whole, which were formed to support people through the isolation times of Covid-19. Weaving the potency of the land and nature, with zoom, she continues to open and hold circles where people gather, to celebrate life.

In 2021, Mz. imani co-founded a council called Ancient Arts Revival with Sangoma Oludoye, Eli PaintedCrow, Suzette Pena and mARTin Diggs. As we lean into the Ancient Arts we are making space to connect rather than convince. We are here to encourage the many conversations that are waiting to be had. Conversations, that will inspire and revive our capacity to thrive, by sharing practices, perspectives and tools to help us personally unpack privilege, recalibrate how we think, so to walk closer to the Principle Line, with a sense of Radical Neutrality and Purpose. We do this to help heal ourselves and recalibrate generational trauma, to model ways of relating that are aimed to dismantle power over paradigms and humanities return to respect. 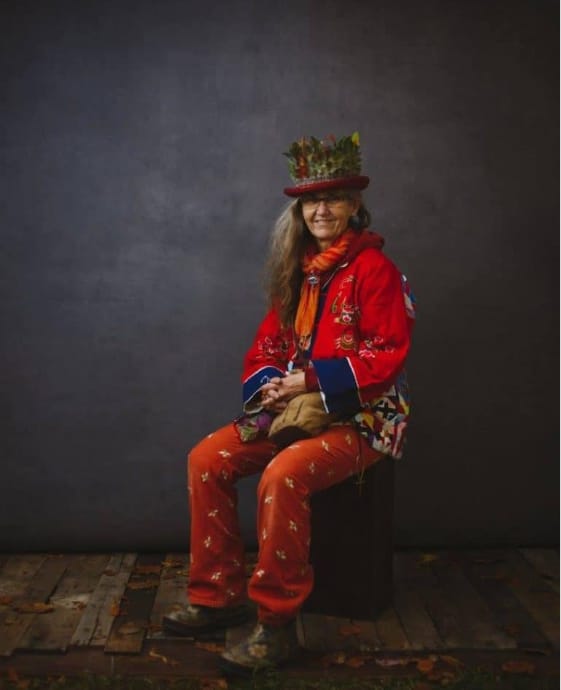 As a Grandmother and ceremonial musician, Mz. imani recognizes that we live in a thyme when inclusive ceremonial containers dedicated to the evolution of our species, are called for. Her Life, her WErk, and her care with SoulFire Sanctuary is guided by this and other principles of collaboration and respect. She understands the/her calling and primary response ability: to Help the heART of Humanity to Heal, One Fire At A Thyme, Simply By Showing Up.